In this latest installment of The Throughline, Max Silverman speaks with Elliot Washor about starting with students’ interests and choice where they tackle complex challenges, moving schools away from rote learning that masquerades as innovation.

Elliot Washor is the co-founder of Big Picture Learning, an organization that developed an innovative school design model treating each student as an individual learner. The competency-based school environment uses mentors, parents and peers to create unique learning opportunities. There are more than 65 Big Picture network schools in the United States and more around the world. Washor has also been involved in school reform for more than four decades as a teacher, principal, administrator and author. He was selected as an “educator to watch” in Rhode Island and named one of the Twelve Most Daring Educators in the World by the George Lucas Educational Foundation.

Max Silverman: Describe what you love to see in a classroom or learning environment that is inclusive, engaging and will lead to student ownership of learning.

Elliot Washor: I have a simple way of determining this. I ask students this question: “Is this your work, or is this schoolwork?”

Schoolwork tends to be more, “I have to do it” than “I want to do it.” “I want to do this” says to me you're going to learn because you want to learn. It's what Yale University education researcher Seymour Sarason called Productive Learning. There has to be motivation around your interests for wanting to do something.

“I ask students this question: 'Is this your work, or is this schoolwork?'”

To evaluate whether it’s meaningful work to them, I use the three M’s: mattering to, mingling with, muddling through, where learning and ideas emerge without necessarily having a planned strategy ahead of time.

And then I ask another question of students: “How do you think you did?” In schools nobody asks students how they did most of the time. They tell them how they did. We have to remind ourselves that self-assessment is one of the most powerful forms of assessment and is not used near enough in schools.

The third question I ask is, “What do you want to get better at?” It's not necessarily that the student is pursuing an interest that leads to a career or deep passion, but because they’re interested in something, what they want to get better at might be digressions around those bigger interests, where they can also pick up a particular skill set.

I'm more interested in skill sets than mindsets, and more interested in embodied cognition than just solely academic cognitions which are what schools assess. And I think we're missing the boat when we focus only on academics and then, on social emotional learning as categories rather than as together on the growth of the entire person. 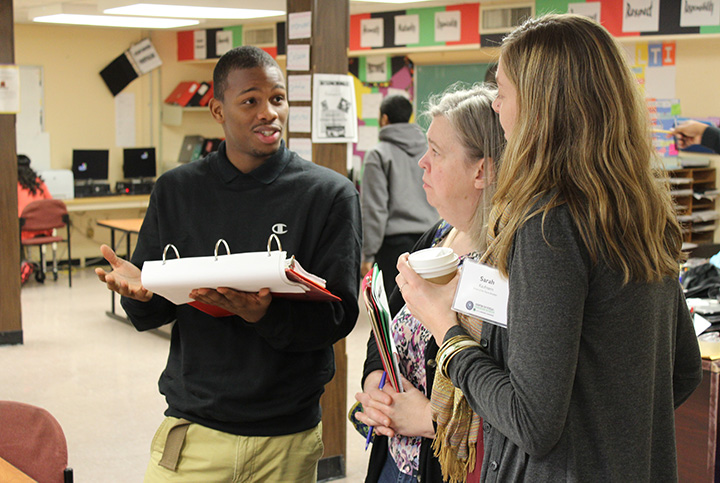 Max Silverman: Let’s talk about student choice and agency. I am often in classrooms where teachers create a few choices for how a student might move through an assignment or project. I am surprised by how often leaders will see this and say “oh, that was great, students in that class had choice!”

Elliot Washor: People talk about a fixed mindset or a growth mindset. Schools are a fixed growth mindset. They will only allow you to grow in the ways that they want you to grow. But students realize that once they're outside of school, they can do anything they want — hopefully productively and positively with adults around them or their peers who are doing good stuff, but not in school. In school, students mostly lose agency. You don't gain agency.

I've never met mindset researcher Carol Dweck, but my bet is that she would go along with what I am saying.

Max Silverman: Let's play with your three M’s. So, mattering to, mingling with, and muddling through. What needs to change in teaching so that kids are able to have more experiences that matter to them, where they get to mingle and they get to muddle?

Elliot Washor: Most teachers today are in a fixed growth mindset as well. Schools are still institutions and they restrict movements. I’d like to see the deregulation of school that allows for movement inside and outside the school, where students — and teachers — can do things that matter to them. They should be mingling and developing relationships and muddling through complex problems that don't have solutions.

“I’d like to see the deregulation of school that allows for movement inside and outside the school, where students — and teachers — can do things that matter to them.”

I’m looking for complexity, where education is not procedural, where students are working on problems that no one knows the answer to. Most of the problems that are solved in schools today in project-based learning have a beginning, middle and end. A to B to C to D. They’re linear and we already know the outcomes for what is being assessed, and that there will be a grade or rubric score at the end.

But if you're talking about complexity, we want tons of variability. Students want to work on and potentially solve those kinds of problems and often one problem leads to another problem. That's where teaching needs to go — not to teacher-directed, project-based learning that is linear and following a specific way of ideating, but to working on and trying to solve complex problems. If students want to work on a problem, and you have students who have interest and motivation around that kind of mattering, mingling, and muddling, all of a sudden, you're going to get different kinds of learning. It’s going to where they own it.

Elliot Washor: Absolutely. Teachers have to be with students and follow their interests and motivations.

Max Silverman: Even the notion of “zone of proximal development” is very different if you're choosing what you're learning and why, as opposed to a teacher saying, “Oh, here's the standard, and student, here's your zone of proximal development toward that standard.” That’s very different than “I'm trying to solve this problem, and here's how close I am to the skills I need to do that.” Right?

Elliot Washor: Yes. That's why situated learning is important. Where you learn something, the situation you learn it in, and the people you learn with from your communities of practice are important. It’s very different than being in a school where it's compulsory to be there and you have very little choice of what you're learning, or even whether it makes sense to learn it at this time in your life. 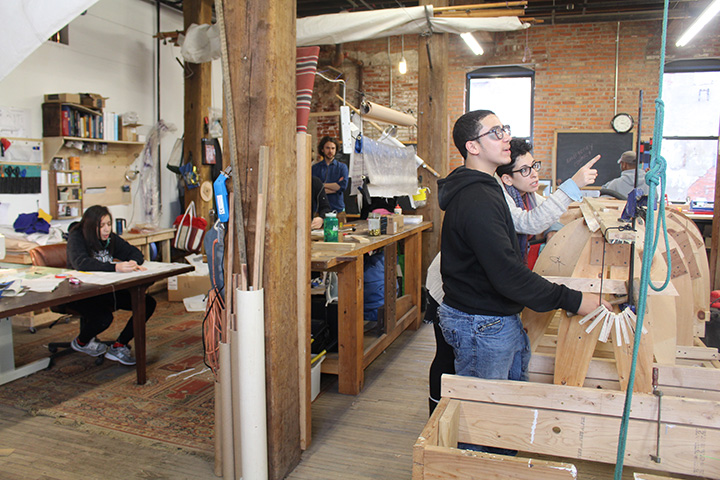 Elliot Washor: It’s important to create an environment and the culture around students’ interests, voice and choices. The way to do that is with people — staff, students, parents and people from the outside community — bringing the outside in, and the inside out.

“It’s important to create an environment and the culture around students’ interests, voice and choices.”

At Big Picture we're more about culture than we are about strategy. We believe that things emerge as you're doing them. So, if leaders move on creating the culture and the environment that is about interests and voices, they work with each and every one of those constituencies. If you are a school leader — a principal — that's your work. To make those pieces fall into place and do what's best for students and staff and your school.

Max Silverman: Let's go one layer up to the central office. In your ideal world, what is the role of the school system central office or home office in supporting these learning environments you describe?

Elliot Washor: Basically central office leaders are setting policy and choosing ways they want instruction as they see it to occur. Opening that up to multiple measures and different ways of getting there — being with students, rather than always doing something to students — as long as their obligations to the state 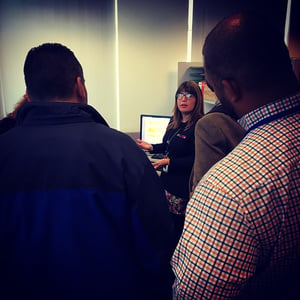 are met, doing it in all kinds of different ways inside and outside of school. It’s important to credit that learning where it really does happen, which is sometimes difficult to do.

Allowing staff, students, parents, mentors and the community to have real relationships is also the role of a leader. Allowing iterations of innovation to occur around learning plans, advisory systems, authentic real-world learning and assessments is a school leadership role. How do you ensure that kids feel safe when they're in a school and they’re comfortable in a school and that they have the trust of the adults to be able to walk around and do their work? That's culture.

Max Silverman: Share more about what the central and home office leaders should be doing. You talked about policy, being with students. What should their day-to-day work look like in a central office?

Elliot Washor: Most central offices have been relegated to the work of historian or accountant. Every once in a while you get a visionary superintendent. They have to unhook the horse blinders they have on and develop a bigger vision for what learning is. How do all students — not just some students — need to be educated? They have to stop contributing to the game of school and gaming the system for some and not all. And they have to elevate what cognition is more broadly.

People at universities are solving complex problems they don't know the answers to. But in schools we’re just functioning on a linear level of learning with few relationships and no sense of place, so it doesn't stick.

Elliot Washor: This is one of my favorite quotes from Mae West, who was a high school dropout by the way. She said, “The score never interested me, only the game.”

School districts are too interested in the score. It's an artificial construct of what you know devised by people who have a stake in that test because it makes them a living. But the kids and teachers are interested in the game. They're in it for the learning.