Dr. June Rimmer develops and manages district partnerships committed to building leaders’ expertise in instructional leadership and to transforming central office. Prior to joining the CEL team, June served in numerous leadership roles in urban education settings most recently as chief academic officer in Seattle. In addition she was part of a research team examining powerful student learning experiences that lead to 21st century skills and competence as well the system-level change needed at both the district and state levels to support 21st century learning. June’s professional interests lie in the design of equity-based instructional systems and building expertise in educators’ practice to ensure that all students, particularly our most vulnerable children, exit our systems able to thrive in our dynamic, interconnected, global community.

Five priorities for the changing role of principal supervisor 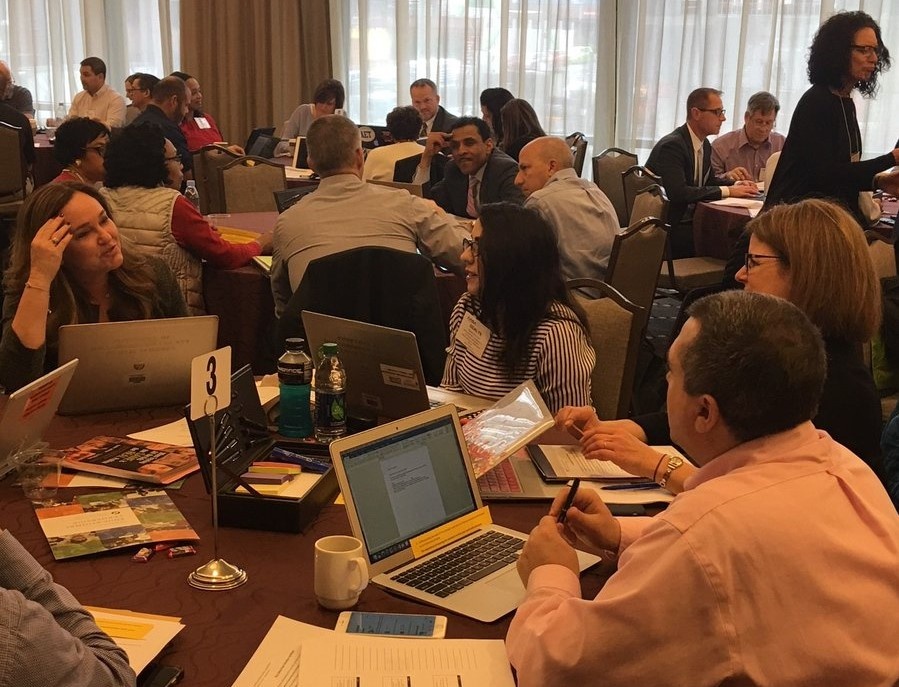 We just returned from leading a really rich learning session with the first cohort of the AASA National Principal Supervisor Academy. We have the honor of providing the professional learning for this academy as well as for principal supervisors in several districts throughout the country. What a remarkable group of educators! They have embraced this new work, and we are thrilled to support them as they help principals to become expert instructional leaders who can improve the quality of teaching in their schools and improve learning outcomes for students.

END_OF_DOCUMENT_TOKEN_TO_BE_REPLACED

Over the years, I have worked with a lot of principals and their supervisors with the goal of improving the principals' instructional leadership practice. There is one issue that comes up often: Supervisors are not specific enough in telling principals what they should do to get better.

For example, a coach, supervisor or consultant might say, "You're doing a really good job with collecting evidence of classroom instruction, but an area you might focus on is the way you give feedback to teachers." And that's all they say.

As a principal getting this feedback, I don't necessarily know what I should do next. I just know I'm not doing it right.

END_OF_DOCUMENT_TOKEN_TO_BE_REPLACED

How to Get Started With the 4D Instructional Leadership Framework

We developed the 4 Dimensions of Instructional Leadership™ to help principals, principal supervisors and other school leaders to become more effective in the improvement of instruction. Grounded in beliefs about equity, the use of data, and public practice, the framework describes the most important aspects of instructional leadership.

A few weeks ago we released an updated version of the 4D™ that describes the most important aspects of instructional leadership with more detail and clarity. Version 2.0 incorporates feedback from educators working as instructional leaders and reflects CEL's experience working with and learning from school leaders across the nation. This new version is also informed by CEL's review of current research published by the Wallace Foundation, the Bill & Melinda Gates Foundation and others.

If you are new to the 4D or just want to know what we changed to make the framework even more helpful, here is a short primer on some of the most important questions.

END_OF_DOCUMENT_TOKEN_TO_BE_REPLACED

Chris Mygatt (left), language arts teacher at Central Kitsap Junior High School, with a student in her classroom. Implementing CEL's instructional framework has  helped teachers give students greater control over their own learning.

At Woodlands Elementary in Bremerton, Washington state, Cindy Larson’s kindergartners don’t just answer her questions. They explain their thinking and evaluate their classmates’ reasoning. For example, during a lesson on measurement, one of the boys asked to come to the whiteboard and explain why another student’s answer was incorrect.

"He was basically up there teaching the class," Larson said. "That would never have happened in my classroom before." Discussing content at such intellectual depth early on bodes well for students’ future growth, she added. "If we’re starting this in kindergarten, the discussions in the upper grades are going to look qualitatively different."

END_OF_DOCUMENT_TOKEN_TO_BE_REPLACED

In Memphis, Tennessee, White Station Elementary has a reputation as a high-performing school. When students are already achieving at high levels, showing their growth can be tough. But coaching helped Principal Tracie Thomas — in only her second year at the helm — take grades 3-5 to new heights of success.

Though White Station students generally score well on tests, data showed students in those grades were the school’s poorest performers. Thomas spent the 2013-14 school year focused on their teachers. With the help of her brand-new ILD, or instructional leadership director, she organized her time to stay in close touch with them through observations, conferences and emails.